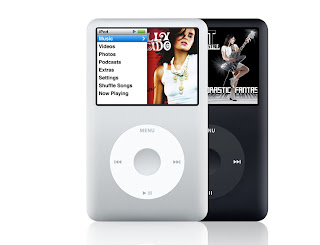 Both iPods have their distinguishing features. Different storages, battery lives, sizes meet different people’s needs. It is the customers who will say which is better, not by their mouths but actions.
Posted by William at 8/28/2008 08:56:00 PM

Hey,i love iPod nano(7th generation).It is a little chunk of aluminum with a multitouch screen that plays music documents precisely and also every iPod before it. That is to say, it plays Mp3 and AAC records amazingly well. It additionally does a handful of different things, yet every one of them are auxiliary to playing back Mp3 and AAC documents, which, as I've specified, the iPod nano does truly well.Have a nice day.
````````````````
http://www.iphoneunlockservice.info

It should be interesting! I will check you link, thank you. I think you also are a fantastic paper writer and it is so true! You inspiration is amazing. http://write-my-essays.org/ninjaessays-com-review/

Advertising is your main tool to have the business ready to go. Actually, everybody is busy in their company marketing over the World Wide Web. Unfortunately, online company is scammed with scammers. On occasion the provider hires you freelance, or occasionally it is a site designer which orders the copy google At an identical time, if you decide on the most suitable company having excellent reviews and reputation, you will enjoy well composed works. http://google.com/

I do still hate Apple for that they stopped producing iPods. It was literally only product worth buying. I have iPod Classic (6g oldie) and iPod Nano (5g). They are really old, but still working perfectly. The only thing I know that works that good - is lord of papers service. Hope they will never be closed

now present in your city